📣 Please Note: As things continue to change during this time, it is always a good idea to verify details, closures, hours of operation, and any requirements or procedures for guests before visiting. Thank You! 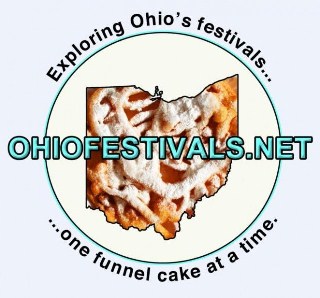 Written by Kristian at OhioFestivals.net

This is the first time in years that I’m actually in the state in the month of June (you’ll notice this by the vintage of my reviews for this month).  Don’t worry.  I plan on hitting some fests this month and writing some new reviews.

I hope you get out there as well!

Canton Greek Fest – Thursday, June 2 – Saturday, June 4, 2016 – Canton: This Greek festival at St. Haralambos has a bit of everything – an extensive menu from calamari to fried cheese, a marketplace, a play area for the kids and plenty of entertainment. I’m not sure if there will still be a midway with rides as in the past.

Taste of Lakewood – Sunday, June 5, 2016: If there’s a tasting festival worth checking out, it’s this one. Lakewood has so many great restaurants that it’s a good idea to get various samplings so you know where to go in the future.  There’s everything from Indian (India Garden) to chocolate (Fear’s Confections) and I can guarantee you plenty of deliciousness.  But to play it safe, know that there may be plenty of hungry people there with you and, therefore, crowds and lines.  So you might want to come with a subtle hunger in your belly or a few emergency snacks in your pocket to get you through any waits.

Riverfront Irish Festival – Friday, June 10 – Sunday, June 12, 2016 – Cuyahoga Falls: The city sprinkles its pedestrian walkway with food and beer vendors galore with two stages of music entertainment and various vendors. The food isn’t entirely Irish, but you can find a fair share of it with a keen eye (which probably means holding out on the beer until you stake out your meal).

Read my 2011 Review at http://ohiofestivals.net/21-riverfront-irish-festival-cuyahoga-falls-june-12-2011/

Avon Heritage Duct Tape Festival – Friday, June 17 – Sunday, June 19, 2016: This is one of Ohio’s quirkier festivals with plenty of duct tape décor, outfits, sculptures and free kits to make your own wallet or purse, you may be leaving this festival with a new appreciation for duct tape.  There are also plenty of rides, entertainment and great grub!

Clifton Arts and Music Fest – Saturday, June 18 – Cleveland: Clifton Boulevard comes alive with music, art, fun and food. Not only are there interesting artists and vendors who take part, but the neighborhood also has some great restaurants and shop (ie Big Fun) to check out.

Italian American Festival – Thursday, June 23 – Saturday, June 25, 2016 – Canton: Even though there may be a $5 admission, this gives you access to FREE amusement rides – something I haven’t experienced before at a festival. Great food, entertainment, Bocce and more.  Definitely one of the better Italian fests out there!

Lorain International Festival – Friday, June 24 – Sunday, June 26, 2016: This festival showcases Lorain’s melting pot history by offering a great variety of ethnic dishes. While there are basic festival offerings, such as inflatables and music entertainment, most people come here for the food and there’s a lot of it.  Bring your friends, download the food map and have everyone grab a dish to share.

Check out my 2010 Review at http://ohiofestivals.net/18-lorain-international-festival-and-bazaar-june-25-2010/

Ohio Scottish Games (Festival of the Arts)– Saturday, June 25, 2016 – Wellington: Highland animals, Scottish clans, dance and fiddle competitions, and (of course) haggis are only a few things found at this Scottish festival.  Of course, as the name suggests, the festival highlights the Scottish games where contestants like to find rather large objects and throw them.

Check out my 2012 Review at http://ohiofestivals.net/16-ohio-scottish-games-festival-of-the-arts-wellington-june-23-2012/

Waterloo Arts Fest – Saturday, June 25, 2016 – Cleveland: Come to Collinwood’s Waterloo Road to visit one of Cleveland’s more interesting neighborhoods as well as a rather enjoyable festival. Along with music and performances, there will be food trucks activities for the kids and all sorts of artsy fun.

This is only a small sampling of festivals going on in the month of June.  For more festivals in Northeast Ohio, check out my Northeast Ohio Festival Schedule at http://ohiofestivals.net/northeast-schedule/

Or, to search all of Ohio’s festivals, go to http://ohiofestivals.net/schedule/

Kristian Campana is the creator and writer of OhioFestivals.net, a blog where he has documented over 350 festivals in Ohio since 2009. He resides in Oberlin with his wife Julia and their 3 year old son Max, who has officially become a funnel cake junkie.  Be sure to Like Ohio Festivals on Facebook for all your festival needs!

Want to know the best ways to have Fun with Kids in Northeast Ohio? Get our FREE email newsletter and instant access to the Family Fun Bucket List Starter Kit as our gift to you! 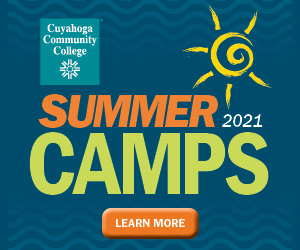 Want to know the best ways to have Fun with Kids in Northeast Ohio?
Get our FREE email newsletter delivered directly to your inbox!